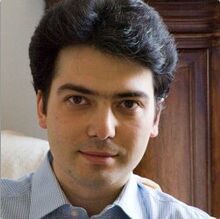 Paolo Bianchini, born in 1978, obtained his degree in Physics at University of Genoa, Italy, in 2004. In 2008 he received his Ph.D. in Material Sciences from the University of Genoa with a thesis titled “Multimodal characterization of biological/biocompatible systems by means of advanced microscopy methods”.

Send me an email

The comprehension of stem cell biology and its molecular basis is now acquiring paramount importance in cancer research. The need to look at a single, possibly living, cell makes fluorescence…
Loading...

The First Supercontinuum Confocal that Adapts to the Sample

Until now, biological and medical research fluorescence imaging in multi-user facilities or institutes has been limited by the type or number of dyes that could be excited. The Leica TCS SP5 X…
Scroll to top