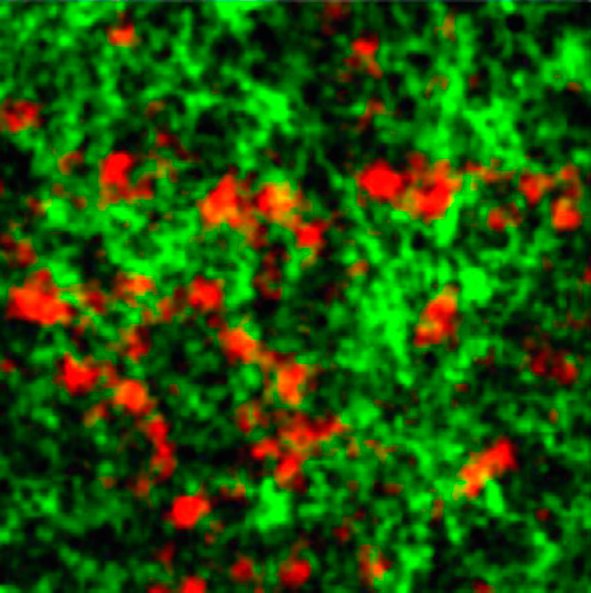 Natural killer (NK) cells are innate immune effectors that eliminate diseased and tumorigenic targets through the directed secretion of specialized secretory lysosomes, termed lytic granules. This directed secretion is triggered following the formation of an immunological synapse (IS), which is characterized by actin re-modeling and receptor organization at the interface between the NK cell and its susceptible target. Actin at the IS has been described to be permissive to secretion by forming a large central clearance through which lytic granules are released. However we, and others, have recently shown that the actin network in NK cells at the IS is dynamic yet pervasive. These efforts used multiple high resolution imaging techniques to demonstrate that the actin network does not act as a barrier to secretion, but instead enables the secretion of lytic granules through minimally sized clearances. In our recent publication we visualized actin using continuous wave stimulated emission depletion (CW-STED) and lytic granules using the confocal modality. Here we report for the first time dual channel STED nanoscopy of NK cell lytic granules on actin filaments.