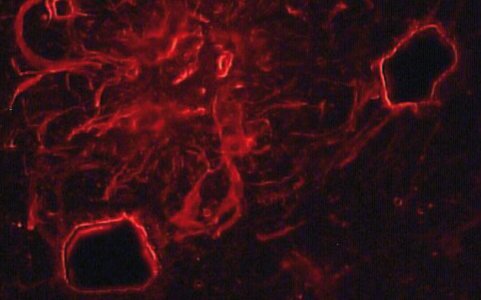 Laser microdissection and laser micromanipulation are suitable for gaining a differentiated insight into the function of genes and proteins, and are used for a wide range of applications in neurobiology and immunology as well as in the developmental and cell biology of animal and plant organisms. The main areas of application are the research of cancer and other diseases, the search for genetic modifications, and molecular pathology and molecular biological and biochemical studies. This also concerns the research of protein functions, molecular mechanisms and their organized interaction within transduction pathways.

Particularly for molecular biological analysis methods such as quantitative PCR, successful examination depends on maximum precision and absolute freedom from contamination. The contact-free isolation and separation offered by the laser microdissection method is especially suitable for the following structures:

Once successfully removed by the laser microdissection technique, the dissectates can be subjected to molecular biological and biochemical methods such as nucleic acid analysis and protein investigations. This particularly applies to established analysis techniques such as PCR, real-time PCR (quantitative PCR), Southern blots, cloning, RNA analysis in the form of total and specific mRNA isolation, reverse transcription PCR, Northern blots and also protein analysis in the form of 2-D SDS PAGE, LC MS and Western blots.

Laser microdissection is the method of choice for selecting even extremely small tissue samples for molecular biological investigation. After dissecting the target area by laser, it is possible to isolate and then duplicate the nucleic acid it contains. A special variant of PCR called "lab on a chip" is extremely useful for this purpose.

Performed in molecular biology to clarify medical and diagnostic issues, for instance, DNA analysis requires the duplication of genetic material obtained through laser microdissection by various PCR (polymerase chain reaction) variants after cell lysis. PCR is based on the principle of specific amplification of distinct sequence sections of DNA strands. One of the uses of the laser microdissection technique with subsequent DNA amplification is the detection of diseases and genetic modifications.

Another application that has rapidly gained significance in the most diverse areas of clinical medicine and molecular biological research is the examination of single cells. Many questions can only be answered by specific analysis of single or a few cells, and the range of molecular biological methods has been developed accordingly. Here too, laser microdissection serves a specific area of application for the examination and separation of single cells.

One of the greatest problems in oncology is the selective isolation of DNA from cancer cells in growing tumors. In the early stage, the affected area of tissue is often only small, and little material is available. A solution is to pre-select the relevant cells using the laser microdissection technique, isolate them and compare them with healthy surrounding tissue to look for signs of mutation, for example.

Laser microdissection is used here to generate, for example, a cell-specific gene expression profile of single or a few cells of the same type. Laser microdissection plays a special role in neurosciences for removing individual neurons from tissue and in particular separating them from surrounding glia cells. The technique is equally successful for precisely cutting through axons or dissecting synapses.

In dopamine research, the focus is on gene expression analysis of dopamine-producing neurons in the midbrain. Malfunctions of the so-called dopamine midbrain system are observed in disease patterns such as Morbus Parkinson, schizophrenia, ADHD and drug addiction. Resolution of single cells in healthy and diseased tissue areas is necessary when it comes to progressive, selective cell losses as is the case with Morbus Parkinson, for example.

Here, laser microdissection enables individually affected cells to be removed from the substantia nigra of Parkinson patients and from non-affected, healthy control tissue in order to detect differences in the gene expression of these cells on developing the disease. The gene expression of the dopaminergic substantia nigra neurons can also be compared with the dopaminergic neurons from the neighboring ventral tegmental area which is less vulnerable in Morbus Parkinson in order to find out what makes the neurons vulnerable or more resistant.

Proteomics is concerned, for example, with structure elucidation, quantitative analysis of protein expression and protein interactions, and provides information on components of metabolic pathways and regulatory circuits. It thus supplements and validates the data obtained in gene expression analysis.

Laser microdissection is again useful here for selecting and isolating cells in preparation for proteomic analysis. Recently, techniques such as MALDI-TOF (time-of-flight) IMS or MALDI-FTICR (Fourier Transform Ion Cyclotron Resonance) IMS have been applied, mass spectrometric analysis, for example, is used for drug development. A longitudinal section of a single human hair obtained through laser microdissection can be directly tested for methamphetamine with the MALDI-TOF-IMS technique.

The special advantage of using laser microdissection for living cells is the possibility to damage specific cells with the laser in order to be able to observe their subsequent regeneration. It is also possible, depending on the focus of research, to use laser microdissection to isolate selected areas or distinct clones from living cell cultures for further cultivation or additional analysis such as PCR.

This means that the relevant region can be examined without the surroundings falsifying the result. Such techniques are also suitable for cell surgery and similar manipulations on living cells. Even sensitive stem cells can be selected with laser microdissection without losing their division potential. Suitable for a wide range of research purposes, these cells can be used for future applications in stem cell therapy, regenerative medicine and drug screening.

Research of plant tissue on a molecular level poses an enormous challenge. The main obstacle to overcome in sample preparation are the woody stems and thick cell walls of plant tissue as compared with animal tissue. The laser used in the Leica LMD system is able to cut through even thick and hard plant material. By obtaining information at different cellular levels, it is possible to gain a better understanding of plant reactions.

Relevant issues in this context are development and differentiation processes of plant tissue, their metabolism, adaption, development of diseases and resilience. Other interesting aspects are symbioses and reactions of plants to bacteria, viruses, fungi and parasites.

Here, laser microdissection helps to produce a clearer picture of plant cells. The information gained could contribute towards an increase in biomass production, for instance, or plant disease control. Laser microdissection can also be used to isolate colored leaf pigments for subsequent NMR-spectrometric analysis.

One part of forensics is genetic fingerprinting, which plays a key role in many areas today, particularly in crime investigation. A particular challenge faced by forensic scientists are impurities of all kinds. Using laser microdissection, it is now possible to separate the required cells from impurities. It is also possible to distinguish between male and female cells applying new cell identification processes and fluorescence illumination. These cells can be quickly identified and isolated through laser microdissection.

The most recent area of application for laser microdissection is climate research. Thanks to the powerful laser of the Leica LMD system it is possible to section through relatively thick materials such as wood in order to isolate annual rings or inclusions of thin sections of wood, for example.

Links to current papers in the major application fields for laser microdissection you find in our publication list: